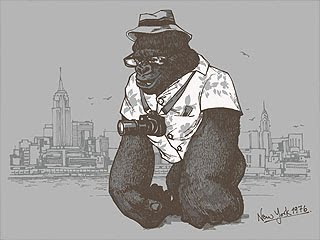 I've taken some time off from blogging. Not the biggest deal, I know, but it's been out of sheer apathy. The reason I bring up Karma is that in the past 2 days I have passed a kidney stone and had my GPS and $10 stolen from my car. I don't know what I did to deserve it but it must have been bad.
Good news is that the past few weeks have been a great time to be a Butler fan and work with the NCAA. I've never been more proud to be a Bulldog. I cut highlights last night for the Men's Hockey Frozen Four Final and the Women's hockey final. Neither were as exciting as watching my dogs fight Duke but it was still a good way to get paid.
Posted by Ewzzy at 1:58 PM