Welcome to part two of my series cataloging brief moments in my life.

Elvis Costello is seriously one of the coolest people ever. His music is some of the best in the past century and he maintains a sense of humor that few men of his caliber posses. (check out his appearance on A Colbert Christmas for proof) I was lucky enough to meet him. 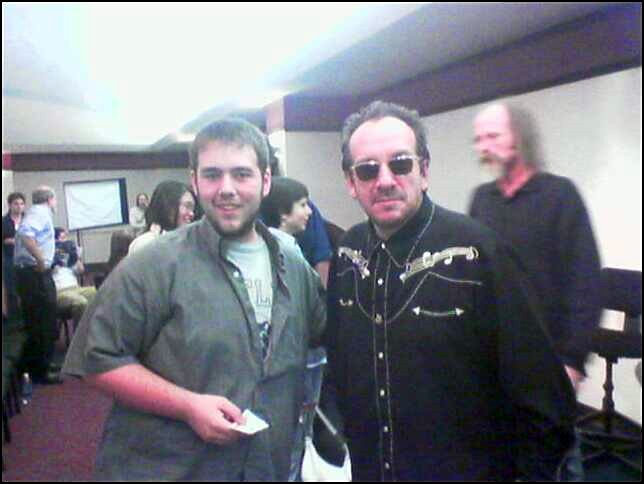 He played a concert at Butler University and gave a presentation on his rise to stardom to the cool kids of the Media Arts department. At times he would just break into "Angels Want to Wear My Red Shoes" and his voice would absolutely fill the little room. (he was actually wearing red shoes if my memory serves) When I got his autograph and posed for the worst cell phone picture possible I was still hours away from seeing his full performance that night at Clowes Hall. I lament my inability to express how haunting "I Want You" really is live. I was sitting in the furthest row of the highest tier, but when he stepped away from the mic and sang unamplified it felt just as loud as when we were in the little room.