I say part one, but I don’t know how long this series will go. I’ve got 7 skins ready to go so we’ll have at least a week of this. This the first of my new skins for Freedom Force. I’ve been making skins of heroes from the Ultraverse.

This is Solitaire:
Solitaire's secret identity is Nicholas Lone, son of Antone Lone, L.A.'s major crime lord within the Ultraverse. This was, in fact, the main driving force of the plot of the series, as Solitaire's superpowers were given to him by his father after Nicholas tried to kill himself by driving a sportscar off a California cliff side. This suicidal desire was fueled by the realization that his life had become an empty shell due to the secrets he kept, knowing his father's true nature. Anton Lone then had his son's body installed with nanomachines capable of rebuilding his body. Waking up and realizing he could not die, Nicholas Lone swore to use the wealth given to him by his father to end the atrocities his father caused. 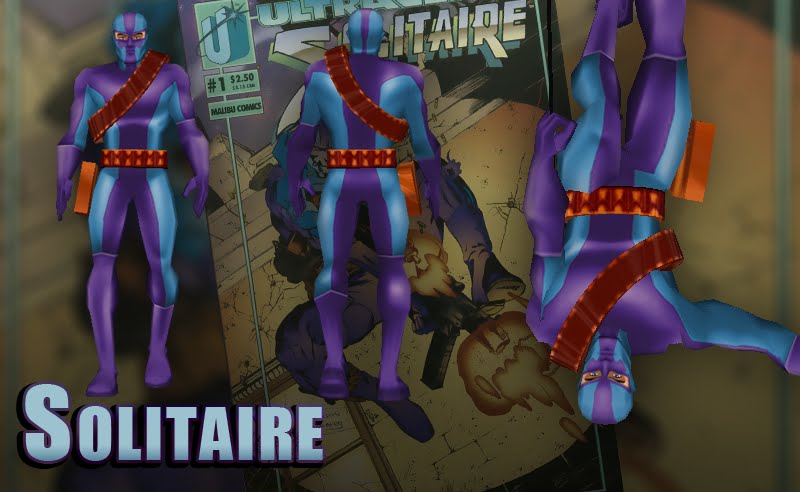