Atom Bob was one of the fifty some people present on a cable car that was struck with a burst of energy from The Entity on The Moon, which imbued all of the passengers with superpowers. Bob Hardin was on the cable car with his friend who later came to use the Grenade. They both joined the group of ultras known as The Strangers. Atom Bob was arguably one of the most powerful members but his control over his power was tenuous at best which later drove him to become the villain known as Pilgrim. 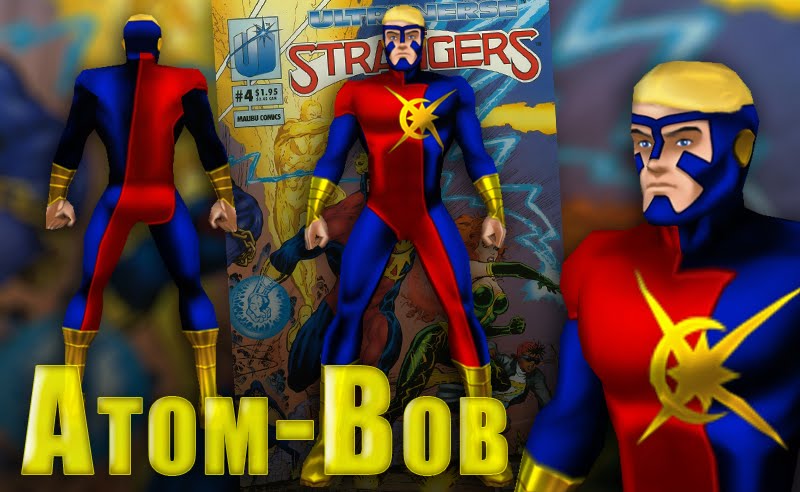